COVID UPDATE: We will continue to process orders as normal, there may be delays to delivery as many couriers are experiencing high demand and or restrictions due to COVID Dismiss 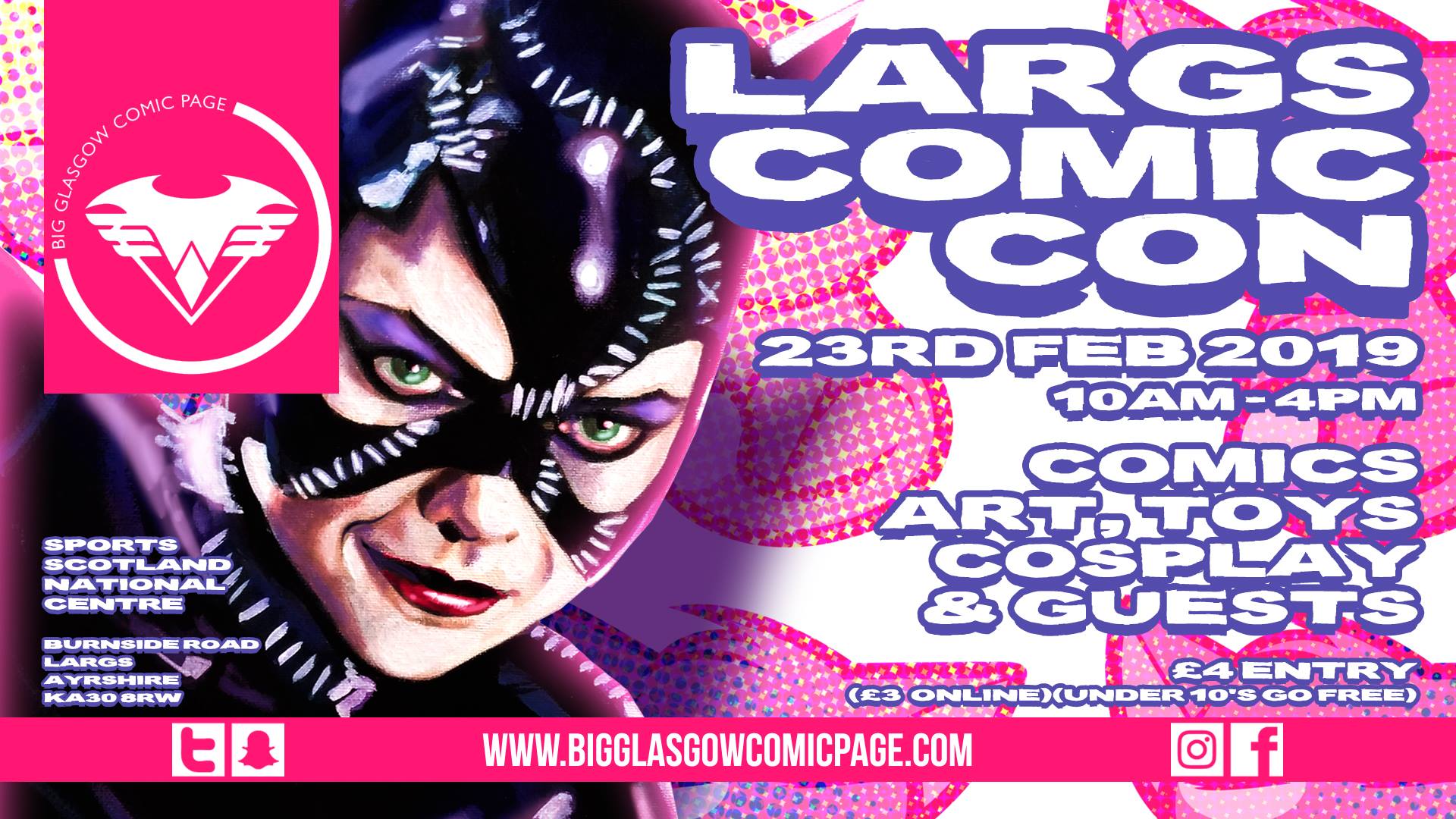 Comic-mania has been sweeping the country of late, as a series of Comic Con events celebrating comics, fantasy and cosplay have been taking place all over Scotland. The Big Glasgow Comic Page has been spearheading the movement touring Glasgow and now returns to Largs for it’s second year and in it’s new venue The Inverclyde National Sports Training Centre

The event takes place from 10am – 4pm and will feature over 60 traders, cosplayers like Iron Man, Batman, Chewbacca, activities for all ages from tots to adults, as well as a series of guest appearances from Writers and Artists from Marvel, DC, Image and 2000ad Comics.

The BGCP will be present at the Largs Yuletide night to promote the event and sell discounted tickets to the attendees.

The event is suitable for all ages. Entry is £4 per person (£3 if you buy online) and under 10’s are free. Tickets can be purchased at www.bgcp.co.uk